skip to main | skip to sidebar

This should be fun:
Why is it that people will ask you a question and then argue the answer that you give them?
Why is it that people drive in the left lane of a highway that have signs that say slower traffic keep right and then get made when you pass them on the right?
If you ask me the weather forecast for the day and then tell me my answer is wrong with what you think it's going to be, don't ask me again.(see the first comment)
Why am I closed minded if I don't think as you do, but you are open minded for thinking the way you do?
As we progress to the golden years, why does our hair turn grey?
If at age 20 you save 10% of the money make and earn 6% interest on the money you save, you will never have to worry about money!!!!
Count my change back please!
Don't ask me if I'm a senior. It's none of you business. Just give me the discount(even thou I'm not there yet)!!
Why is there not a movement for caucasian, heterosexual, males between the ages of 51 and 53 in this country? There seems to be one for every other group imaginable. And please, spare me the white privilege answer.
I'm done now!!!!
Posted by Mind Whyspr at 9:08 AM No comments:

This is my view when I get to relax! With a good cup of coffee it a great place to be. 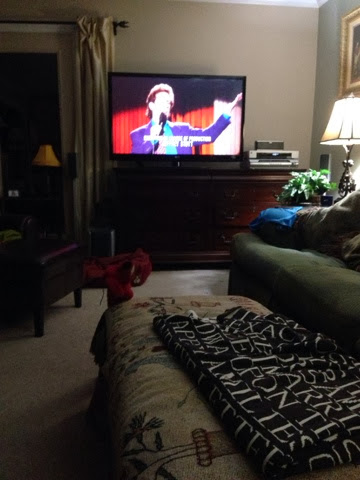 Posted by Mind Whyspr at 4:32 PM No comments:

This title is just what it says. No matter what the condition one the rubber band, it eventually snaps. A rubber band can be new, pliable and have ability to as flexible as anything we know. But stretch it too far and it will snap.
And so it seems that when the rubber band gets older it becomes less resilient and brittle. It takes less to create the snap.
Almost like playing with fire, so goes it with playing with a rubber band. If you play with fire at some point you will get burnt. If you stretch the rubber band, eventually it will snap. Question is really just when!!!!
Posted by Mind Whyspr at 6:07 PM No comments:

This where I will be spending the bulk of my Father's Day. Not that it matters where you spend it, that's not the point of the day. To me it is to remember our fathers of the past and to say thank for doing a thankless, at times, job!!! So dad, thanks for everything you did. I sorry it took me 51 years to understand and appreciate it! 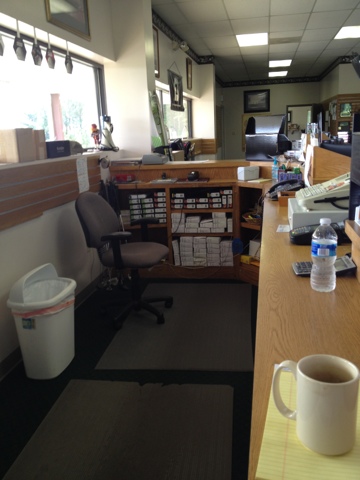 Posted by Mind Whyspr at 6:35 AM No comments:

These are the animals I have freely accepted into my home. I'm kinda fond of both of them. How could you not be. Since my wife and I married at an age after kids, other than the two teenagers we have, we have Jack the dog and Jill the cat as our babies. We got both from friends who either had too many pets or couldn't care for them and boy did we get lucky.
Jack came to us with long matted hair and was very shy and afraid. It seems that the house he was in had several other dogs, large and small, puppies and mature and he was small and scared. The matting of his hair also led to him being very uncomfortable. When he came into our home he was a momma's boy, literally! He would sit in my wife's lap, he was scared of a leash, and he would not interact with me our the kids. That night as we were going to bed I was trying to find a warm comfortable place for the pup to sleep when into the bedroom, with dog in arms, walked my wife. She informed me that the dog would be sleeping with us!! What could I say. This was on a Friday night.
The next Monday we had a mobile groomer come by give him a once over. Bath, clipping, massage, steam, sauna....the dog works. Not knowing what to expect after this doggie torture I anxiously awaited hid return. The door bell rang and in came "Jack"!!!!! Yes he was a new dog and he came in strutting snorting and grunting as if to say, thank you for my new haircut and I think I am gonna like it here.
Those first two days I thought he was going to be a girls dog, but after the haircut I found out he was daddy's boy. Yes he is a manly dog!
The cat was NOT my idea. Actually I fought it as long as I could. When Jill came to us she was tiny. Literally the runt of the litter. I was scared how the dog might react seeing how earlier he had run down a chipmunk in our back yard. After introductions and careful observance we found that Jack had accepted her as she did him and they really are bother and sister now. It's funny that although Jill is a cat, she was raise by a dog and has many of the dogs traits. 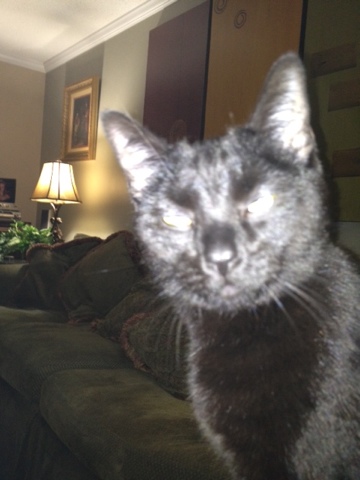 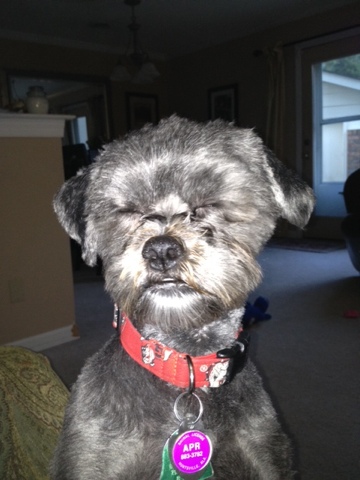 Posted by Mind Whyspr at 5:29 AM No comments:

WELL HERE WE GO AGAIN!!! Boy I really hate to start an entry this way. College football, a tradition in the south. Something that I wait for every year to roll around has come and is almost gone. Now all that is left is bowl season and the crowning of the national champion. Well hu-fricking-rah!!!! As I write this and I am not sure of when I will post it, there are 40 days until the title game. 40 long, cold damp winter days to endure until the pinnacle game of the 2012 college football season is played. 40 days, really!!! They could play the damn thing this week and it would make more since in light of the excuses that would be doled out if asked. So we need not bother asking why and just accept as is for now. So now before we are treated to this crystal ball celebration, lets consider what the NCAA, the BCS, and college football has in store for us that will ease our with drawl from the overload of games, most of which had some meaning, and allow us to survive these long winter days. Trumpets and drum roll please, ITS BOWL SEASON 2012!!!!! Hot dam am I excited! Lets just get right into it and not delay the magic which we are to witness in the upcoming weeks. Starting on December 15th we jump right in with not one but TWO games. That"s right, TWO games. Its kinda like getting to the party late or anticipating the party so that when you get there you get two drinks and drink them fast to catch up with the crowd. Well slow down cowboy. On this fine day we are treated to the: Gilbon New Mexico Bowl and the Famous Idaho Potato Bowl. Please get we to the bar quick because there is nothing to see here and I need another drink!!! Maybe tomorrows line up will be better. Oh shit, I realized after studying the rest of the schedule that I just can't go on writing anymore about this. I was going to list the bowls and point out the absurdity of it all and the way that they all have just become meaningless but I have lost interest. So here is what I think the bowl schedule should be this year to make it a very happy Christmas for all. All games played between Dec 27th and Jan 1 with the National Championship Game to be played at 7:00 Eastern time on the 1st. Now the rest of the times I will leave to the TV people but all games will be televised and no two games can be played at the same time. Here are the match ups: Alabama vs. Notre Dame for the obvious reasons, Florida vs. Ohio State, Oregon vs Kansas St., Georgia vs. Oklahoma, Stanford vs. LSU, FSU. vs. South Carolina, Clemson vs. Texas A&M. This would much more exciting and interesting 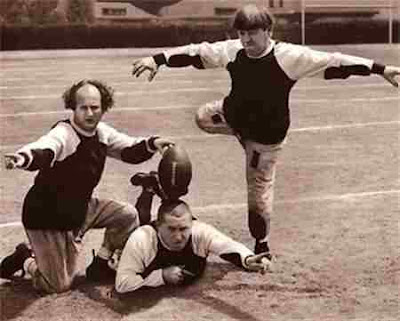 than the San Diego Health and Welfare Office Upkeep Bowl featuring two well matched 6 win 6 lose teams. I give up and I gotta pee!
Posted by Mind Whyspr at 10:16 AM No comments: